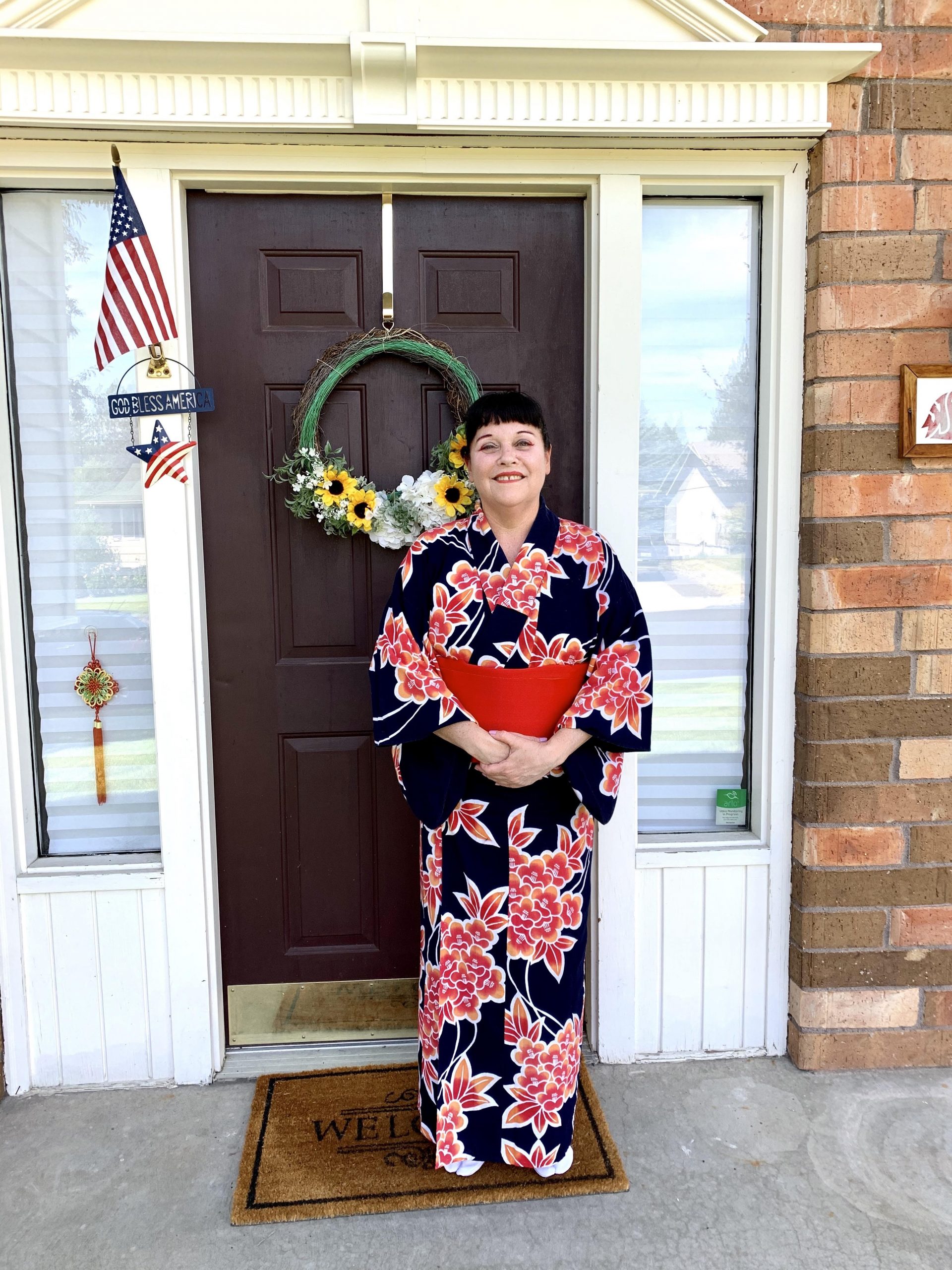 The Spokane Buddhist Temple is indeed fortunate to have Jacqui Izumi Pierce, a qualified Obon dance instructor, in our sangha. Jacqui’s new name, Izumi, means “Water Fountain.”  Recently she shared a little of her background.

Izumi grew up in Los Angeles and has been interested in dancing since childhood.  During her school years, she studied several styles of dance including ballet, tap, Flamenco, aerobic, and modern jazz. Dancing was (and still is) her passion.

She became interested in traditional Japanese folk dancing and Buddhism, following the sudden passing of her older brother. He was a prominent artist and musician in the LA area. Because of his interest in Buddhism, the family decided to hold his memorial service at the West Los Angeles Buddhist Temple. At the memorial service, Izumi observed a group of people practicing a dance number for their upcoming Obon festival. She was immediately drawn to this new dance and resolved to learn more.  After joining the West Los Angeles Temple, she embraced the Shin Buddhist way of life and began looking for a dance instructor.

Eventually, Izumi became a student of Sensei Hisame Wakayagi, of Wakahisa-kai. Sensei was one of the founders of the Wakayagi school of traditional Japanese classical and folk dancing. Izumi has studied with her for the past 17 years.  Recently, Izumi was awarded Jyun Natori, a recognition of her attaining entry-level status in the Wakayagi school of dance.

She moved to Spokane in 2016 and joined our temple family the following year.  Since then, she’s become a tireless promoter of dancing at our annual Obon Festival.  She brings a joyful exuberance to her teaching which carries over to her students. Every year, more people sign up to learn the dance routines. “Dancing is such a fun activity,” she says, “moving the body in time with music helps build physical coordination, mental sharpness, and emotional wellbeing.”

Once the Covid pandemic subsides and things return to normal, Izumi envisions a time when she can teach ongoing classes in the arts of Japanese classical and folk dancing at the Spokane Buddhist Temple. Until then, she is considering offering classes online using the popular zoom format.

Izumi is included in the BCA Virtual Obon on August 16th. Be sure to register.